“Great news! The AMARANTHE line-up is once again complete – and what an addition Nils Molin is! He was at the very top of the list for the male vocals position, and has already proved his worth on a number of shows with AMARANTHE across Europe.

Nils is a born rockstar in every aspect yet with a natural sense of humility, and is certain to leave no fan disappointed! He has gathered a vast amount of experience together with DYNAZTY, and as such has honed his performance skills to perfection; since stepping in he is already a natural part of the line-up.

Catch Nils on our upcoming European tour, or any of the planned shows for 2017 – and expect great things to come out of this soon!”
– Olof Mörck

“To have been given the opportunity to join the force of nature that is AMARANTHE, is as thrilling as it is honouring.
AMARANTHE is a band with a sense of uniqueness, skill and personality that you don’t come across often.
I’m also thankful for having been given the opportunity to continue my work in DYNAZTY.
I will do my utmost to bring my absolute A-game to contribute to AMARANTHE’s future! To say that I’m excited is an understatement! Let’s do this!”
– Nils Molin 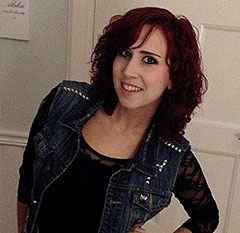