“This morning an update was posted over at AsILayDying.com on the current happenings and individual futures of all the bands’ members. For Jordan (Mancino, drums), Josh (Gilbert, bass), Nick, Phil (Sgrosso, guitar), management, and record label, this was an interesting first time read as all parties were oblivious to its construction, intent, and release.

Though Tim (Lambesis) is the only one with access to the As I Lay Dying site, the rest of us have been releasing content through our personal social media accounts to reveal that we are carrying on in a new band. Our truest intentions were to make this unveiling interesting and exciting for anyone who has supported us over the past year. With information so instantaneous and disposable these days, we had hoped to show you how things were coming together rather than simply tell you.

We never want to capture attention dramatically, which is precisely why we’ve been off the radar for close to a year. Though the third-person statement released earlier compromises a lot of how we had hoped to unroll things, we remain positive in our outlooks and look forward to sharing new music soon.”

Det inlägg Tim Lambesis uppdiktade lyder: “There have been a lot of questions from fans over the past year and we’ll hopefully be able to provide more answers over time. However, this update is only to address things related to AILD’s future.

Originally, we said we’d update fans as soon as we knew more. We apologize for not sticking to that. It seemed best to wait until definitive news came in with a specific timeline. However, in light of speculation on other sites, an official update from As I Lay Dying seems to be the best way to clarify some things.

A good starting point is to clarify some things that have often been falsely reported. Tim was not a Christian at the time of his arrest, nor was As I Lay Dying a Christian band in 2013. It hadn’t been for some time and, to the best of my knowledge, only one of the people playing in the band even claimed to be a Christian at that time. The changed view had been written about it in a handful of As I Lay Dying songs and Tim’s later atheistic view had even been documented in court records. However, it doesn’t make as sensational of a headline to refer to the arrest of the “Ex-Christian Metal Sub-Genre Independent Artist” as it does the “Grammy Nominated Top 10 Selling Christian Rockstar” of the past.

With all that said, we don’t know how each musician from the previous era of As I Lay Dying will think about these topics in the future. For example, Tim has spent much of the last year reevaluating what originally convinced him to abandon belief in God. I have gathered that after much brokenness and repentance he sees things differently, considers himself a follower of Jesus, someone submitted to the will of God, or whatever you want to call it. That’s for him to talk about when he’s comfortable and only time will tell if he is sincere. What is certain though is that it’s impossible to face the events of last year without being changed in some way. Let’s let the guys focus on future music and hopefully the headline driven press will leave this issue alone for a while given some clarification.

Uncertainty ahead… As I Lay Dying was originally founded/owned by Tim and then eventually the ownership was shared with Jordan about six years later. As the only official members, neither would like to move forward at the moment regardless off the upcoming sentencing time (which is still yet to be determined / not 9 years). There has been enough communication to establish some differences in opinion about what to do in the distant future. That keeps AILD’s future in limbo. The hibernating version of the band is just the official band owners, which means As I Lay Dying is Tim and Jordan. This is based on the uncertainty of the future, including who will be performing with the band when/if that time comes. There have been nearly 20 guys who filled the vacant bass or guitar positions in As I Lay Dying history. The current setup is definitely not a closed door on some of the ex-members talking in the future, but it just makes sense for now that AILD is only Tim and Jordan.

Two opinions… Tim has acknowledged his guilt and clearly made some bad decisions in a period of time where he acted contrary to the person he’s been most of his life. He believes AILD should only pick back up if it’s in a form restored to its roots. For Tim, the potential of pursuing AILD again means working on a lot of other more important things in his personal life first.

On the other hand, Jordan feels differently about the future. Even if more discussions were to take place, he would rather take time to pursue other things. That includes releasing new music with three of the guys from the most recent As I Lay Dying lineup. It’s a chance for Jordan to be more involved in the songwriting process and enjoy other styles he’d rather play. In fact, they’ve already recorded their debut album and I’m sure it’ll be awesome. It’s not meant to replace As I Lay Dying because it is something stylistically different under a different name. Interestingly enough, their vocalist is also a former Christian like his new bandmates and was/is the guitar player for OH SLEEPER (Shane Blay). They’ll have stuff to release through Metal Blade relatively soon, which will be an exciting/interesting combination given the band’s more radio friendly sound.

In terms of music, Tim doesn’t want to pursue performing live music full time regardless of what length his sentence ends up being. His sentence certainly won’t be forever, but even so, touring full time doesn’t seem healthy or practical given his new outlook and goals. Creating new music is the part Tim loves most and he will always continue to release albums. That includes a bunch of stuff he has recorded in the past six months that he will announce a project name for soon as well. As an occasional ear behind the scenes, it is good hear him playing guitar again and writing lots of riffs again like he did across the first five As I Lay Dying releases.

Hopefully that addresses the major questions related to As I Lay Dying. AILD is sleeping rather than dead, and there are two separate projects to hold you over whether or not it is awakened again.” 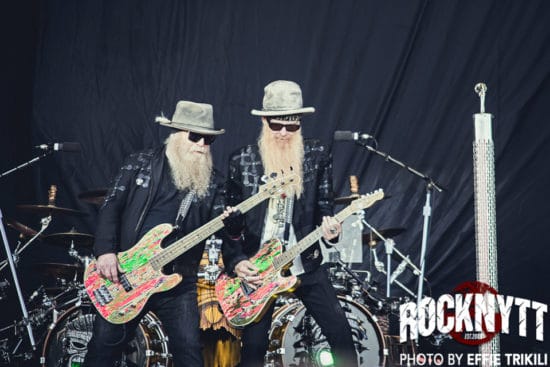 NY LÅT: Angeline – When We Were Young