-Have you played at Sweden Rock before, and what are your expectations for the festival?

Helmuth: This will be our first time at SWEDEN ROCK and it’s great to have been invited to perform over there in 2020. We are expecting a magical Ritual and, as always, a vicious Scandinavian crowd.

– Your new album is scheduled for release end October 2020, can fans expect to hear an all new setlist at Sweden Rock with the new music?

The new yet untitled album will be released late October 2020 via Nuclear Blast worldwide. So maybe we play one new unreleased track, we will see, also depends on how long the playtime is.

– I followed along while you were in the studio and you mentioned there were some brutal BPM (beats per minute) on a few tracks for the new album, what’s the highest BPM this album will surprise fans with? And will your drummer survive these tempos on USA tour to play at SRF?

For me, I would say we developed the intensity and dynamics of our musical work and gained a lot know-how from touring the world for such a long time. I would say that our attitude and core sound which we are known for remains unchanged while adding new arrangements and elements.

I also adore classical composers. Death/ Black Metal carries the same archaic, exalted, and majestic atmosphere for me. I enjoy Bach, Paganini, Mozart, and many others. The musical genius Mozart was born in my hometown and his REQUIEM is one of the most intense pieces of art on this planet. Although classical influences often go unnoticed, they are a big part of BELPHEGOR and will forever impact my guitar-playing.

In a live situation, we are still one of the most intense bands on this planet.

– Any acts that you yourself will take the opportunity to see when you are at Sweden Rock?

We’ve toured or played with most bands we dig, so there isn’t a lot left that is unseen. But if possible, I want to check MERCYFUL FATE since I listened a lot to them back in the day. I also appreciate King Diamond, his legacy and the great work he did for Metal music.

– What’s it like for Belphegor to play at festival compared to club or arena? Is there anything different you do for festival shows that you don’t do for club shows?

Big stages and open-airs allow us to bring more gear on stage. We’ve started doing some special Rituals since 2018, titled RITUS INCENDIUM DIABOLI, which includes pyrotechnics to enhance the experience of a live performance even further.

It’s not yet decided if we can bring this gear with us to SWEDEN ROCK, but it’s definitely something that stands out for the band and the audience as well. The music thrones above all, but I adore building the stage sculptures and anything else that makes a ceremony more immersive.

Even though we cannot bring all of our gear to small stages, and we play them often, there is a certain charm to being able to feel the sweat and energy of the hordes even more. In the end, it doesn’t matter, each ceremony we try to give 666% percent. Live performances are the true essence of the troop, in my opinion, however.

– In addition to Sweden Rock, what does the summer of 2020 look like for the band?

We tour from 22th February, starting in Helsinki/ Finland and end 11th April in Munich/ Germany, playing 35 Rituals. Then we will start tracking the new album in Sweden. So we have a lot of plans, and of course, there will be many more activities announced. I’m sure we will go through North America again and also try to return to Latin America, Asia and Australia with our brothers in SUFFOCATION.

– In your opinion, who is the best live band of all time?

There are so many great bands/artists around worldwide, there is no such thing as the “best”, or a winner. I can’t choose just one, and it would be a very long list. This magical music has so much to offer with loads of great bands and many with amazing stage performances and if they are able to reproduce it live as on LP, or even more intense, that’s the best for me.

– Do you have any festival on your wish list, except for SRF?

We’ve played at huge festivals for around 15+ years, so we’ve been at most major ones. TUSKA in Finland would be great, and we never played an open-air in Norway. We did the ingenious COPENHELL, STEELFEST and INFERNO festivals a couple of times, and GEFLE festival in Sweden as well. All these brutal festivals were absolutely great and I hope we get invited back again sometimes.

There will be some other Scandinavian Rituals in February 2020:

– For you as a band, what does a good festival have to have?

Good PA (Sound system), good stage, and of course the most importantly, wild Death/ Black Metalheads. A BELPHEGOR show is more like a ceremony of Death and we fire our sound collages with uttermost aggression into the audience.

– What is your most memorable performance for you with Belphegor through the years?

Man, there were so many highlights during the last twenty years on this planet, so this is another tough question to answer. We’re known for touring excessively, in 2019 we spent almost 6 months on tour, so you can only imagine. The passion to create and march into new and old territories is still the same and it is our driving force.

– What is your personal worst tour story of your career?

As in life, there are ups and downs in the industry and while traveling the world couple of times for 25+ years. I don’t want to discuss anything along the lines of failures. We are all humans in the end. We try to deal with whatever happens and make the best out of every situation, doesn’t matter if we play before 100 or 20,000 people.

As soon as I leave my home, I survive with my “expect the unexpected” rule. Always be prepared, sometimes it’s really tough with days almost without sleep, but you need function anyway because the people that go to your shows deserve only the best. Touring means a lot of traveling, lack of sleep, unhealthy lifestyle, and you’re forced to leave your comfort zone as an individual and a band.

Despite the challenges, it’s still a real pleasure for me to travel the world guided by the demons that are hovering above us. We march on stage, plugin, and crush, bringing total Black Death destruction, that’s what we are known for.

-It’s well known you are into fitness and taking care of your body, what is your fitness routine while on tour to keep fit?

Making your visions a reality is magic. Never give up on what you want to do in life. Motivate yourself, practice and leave your comfort zone. Yes, I’ve lifted iron forever, and I adore it, its part of my life and very important to me, to discipline myself, I also do a lot isometric exercises at each work out.

Even while on tour, I try to hit the gym every couple days or I’ll bring iron and steel with me. We re known for letting Hell loose while on tour and still drown in excess, but it’s way calmer than in the past. We are better focused nowadays and first comes the music before the rest.

Hails to Scandinavia, and see ya all on the road!

The Hooters till Time To Rock Festival

Ross The Boss till Time To Rock Festival 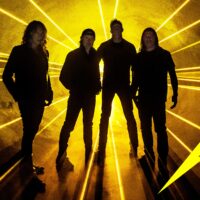 The Waterboys till Sverige 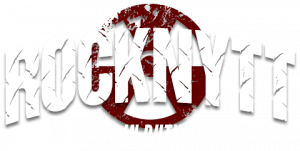