Juanjo Castellano – Nobody knows this field like the real fans…

Hi Juanjo. Can you tell us who you are, and what bands you have collaborated with?

So, what are your all time favourite album covers and artists?

There are tons of great artworks and artists out there, but for me the best are the classic ones. My favourites are Dan Seagrave, Necrolord and Andreas Marshall. As for some of my favourite paintings, a lot comes from the Seagrave portfolio… Left Hand Path is for me the best one because it inspired me a lot. I was really young when I checked this piece of art for the best death metal album ever released. For me it’s like an iconic painting that means Real Death Metal… and it changed my life.
Some of the Necrolord paintings, for example EMPEROR’S In The Night Side Eclipse and DISSECTION’S Storm Of The Light Bane are among my favourite paintings. And the big paintings of Marshall of course… Imaginations From The Other Side by Blind Guardian is a real masterpiece. There are tons of amazing works out there.

Which one of your album covers are you most proud of?

Well, there are so many that I really like… The brand new VARATHRON album Patriarchs Of Evil is one of them. Also, the re-issue of the GATES OF ISHTAR discography released for Century Media was a really special project for me, and the three new covers that I did for the band are some of my all time favorites. Recently I did some beauty pieces for upcoming GOTHIC ART album Ingelnus, and the Tour Edition for the last ORDEN OGAN album Gunmen.
It’s not released yet, but the artwork is definitely among my best stuff so far. Also, some of the works that I did for REVEL IN FLESH, QUINTA ESSENTIA, AVULSED, MISTWEAVER, ENTRAILS, DETERIOROT, MASS BURIAL or NOMINON are in my list of favourites too. I really enjoy most of my work.

I would like to know something about your work methods. What kind of tools do you use?

Along the years I worked with pencils… watercolour pencils, some acrylics too. And of course digital painting. Most of my works were done with a computer. Anyway, I would like to say that I use it just like the traditional techniques of illustration. To work with a computer is really important because usually the bands require changes in the final painting… If you work with traditional canvas, it could ruin the entire work. You need an effective way to fix those small changes in details, colours and so on. Lately I’ve started to paint with pencil colours in canvas again. Right now I’m doing paleo illustration stuff, dinosaurs and extinct animals. I’m trying to complete some obscure artwork with this technique too as soon as possible. I simply love the traditional ways to make artwork.

Looking at your facebook page, it’s no secret that you are a big metal fan yourself. When did you first get into metal?

I do not remember exactly, but more or less it was when IRON MAIDEN released the Somewhere In Time album…

So, what are your favourite bands?

You made the album art for some of VARATHRON’S releases. When I interviewed Achilleas C. earlier this year he told me that you made the artwork for Patriarchs of Evil in only a couple of weeks. It must take a lot of discipline working that fast and yet doing such a great and solid artwork?

Well, I am doing my work every day, eight or nine hours. I am professional so it is my only work. Two weeks of intense work is a lot of time… of course. I work every weekend too. So, for the last VARATHRON artwork, it was a reasonable amount of time to complete the piece. Two weeks of majestic and evil inspiration!!!

Did you go to art school or are you self-taught?

I studied animation in the Escuela De Dibujo Profesional here in Madrid for five years. I did design studies too, and I worked in several companies doing animation, design and illustration work for video games. I’ve met some great illustrators and painters in the companies, like the mighty Fernando Dagnino (D.C. Comics, Dark horse, etc) and Fidel Molina. They helped me with the first illustration concepts. I’ve been developing my technique by myself until I reached my current level. It’s not easy, but when you love your work, it get easier. It’s not a problem to work hard, and working hard is the only way to improve.

Would you mind giving some advices to anyone trying to become an album cover artist?

Just like I said in the previous question the most important factor is that you really love your work. Work hard every day, every weekend. Try to get inspiration from the classic masters, and find your own way. It’s not an easy way to make a living (well, I am not talking of masters like Seagrave and such), but try your best on every work, for every band – big or small. And be prepared… it can take years until you make a name in the scene. If you are a fan of the music, it helps a lot of course. Nobody knows this field like the real fans…

Finally, a video by the best death metal band ever:

… and the best death metal album in the world: 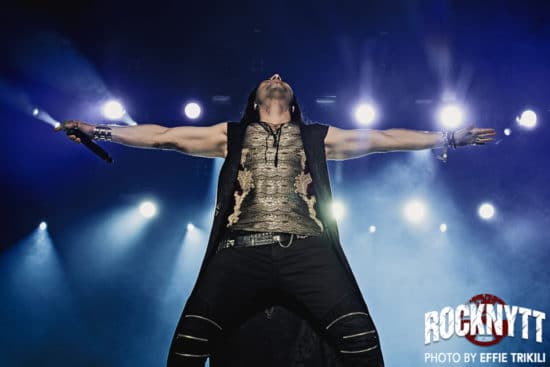