Hi Scott! The 10th of september you will attend the Throwback Festival in Falköping. This is the fourth time you visit Sweden. (Bergslagsrocken 1995, Pipeline 1996 and Getaway 2011). What has happened since the last time we saw Earth Crisis?

Hello! We love Sweden and are excited to come back, it’s been to long. Since then, we have released Salvation Of Innocents and The Discipline EP. We also have been playing a lot of shows, and did our Destroy The Machines 20th Anniversary shows, which is what we will also be playing at Throwback.

Due to the 20th anniversary you will also play your classic album Destroy the Machines (Victory Records, 1995) in its entierty – an album that made a huge impact on the scene. There will probably be kids in the audience that were just little toddlers, or not even born, when it came out. How do you think they will react?

I think Destroy The Machines is an album that has been a hardcore staple for each generation since it came out. When we play, we see the people that were there when it was originally released, but also a younger crowd that loves the album and is happy to see some of those songs played live as well.

You are famous for your straight edge-viewpoint on animal rights, human liberation, environmental destruction and veganism. Do you think It’s easier to maintain that idealistic viewpoint in our very turbulent 10´s, than back in the 90’s?

I think being vegan is without a doubt much easier now, but straight edge is something that unfortunately I don’t think the majority of the world will ever embrace. I think many people view drugs and alcohol as necessary escapes from unhappy lives

Do you think that the political viewpoint tend to subdue when you get older?

I think that is true for a lot of people. Unfortunately I’m not one of them! I wish I could care less, and just enjoy life a little more to be honest.

Are there any any topics in moderns society that you would want to explore further in your lyrics?

I think Karl does an excellent job of staying grounded to the core message of Earth Crisis, but also branching out into other avenues as well. It’s a popular misconception that all of our songs are about straight edge, or animal rights issues, but Karl has written many songs about human rights issues as well. Along with personal empowerment style songs.

… and what about the coming election in the U.S.A.?

Well, I don’t think we have enough room on the page to cover that sad topic.

Earth Crisis made a comeback about ten years ago, and since then you have released three albums and two EP´s. I think that your recent albums merge hardcore and metal very well. Has your fanbase changed over the years? (i.e. Are there equal amounts of metalheads and hardrore fans in the audience?)

I think near the end of our first run the audience had changed a little, but since the comeback in 2007, we’ve come back around to seeing mainly a hardcore audience. When Slither came out we were receiving a lot of mainstream radio play around the country, so we started seeing less people from the hardcore scene, and more “normal” people showing up. The truth is, at the time, we welcomed that. We had grown tired of the scrutiny we had received for so many years in hardcore, and welcomed a change of pace. These days though, we have realized that hardcore is who we are, where we came from, and honestly where we belong. We had been touring non stop for 10 years, and I think had become a bit jaded.

Any new bands that you ‘re into?

Yes, I really like Wake Of Humanity, Climate, SECT, FREYA and SECT and FREYA. 😉

If possible, could you name ten albums/artists that have inspired Earth Crisis over the years?

Can we hope for a follow up to your latest album Salvation Of Innocents (Candlelight, 2014) anytime soon?

Right now we don’t have any plans to write a new album. That very well may change, but at the moment nothing is in the works.

Thanks for the interview Scott – and good luck with the upcoming gig at the Throwback Festival. We hope there will be many more hardcore years with Earth Crisis to come!

Thank you very much, see you soon! 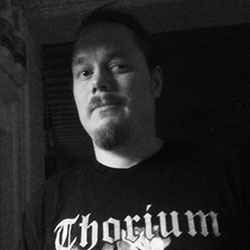