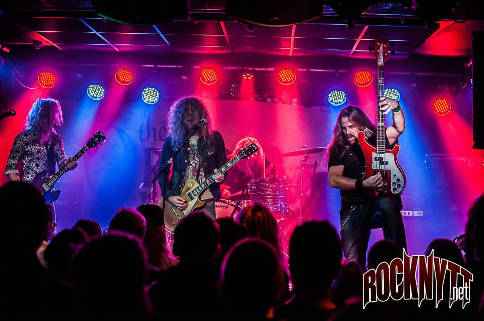 Can you describe your music for those who never heard it before?
– The original idea for the band was to do a kind of classic and traditional doom metal band. Influenced mostly by Cathedral, Candlemass, of course Black Sabbath and then a couple of other bands that are less well known like Place of Skulls and Krux. To me (Tom) that kind of style is doom metal and those bands are very varied in what they do, there’s a lot of dynamics, different sounds and things like that. But a lot of people say to us that it’s not just doom metal, it’s like heavy metal, folk music or whatever and to me that is doom-metal. It has always been that varied, but I guess these days when people say “doom-metal” they think more of bands like Sleep and Electric Wizard where it’s big and heavy all the time. That means maybe we can’t say that we’re just doom-metal, but to me that’s what it is.

What is your feelings and expectations before your show at Sweden Rock?
– It’s strange for me (Tom) because I’m from Australia and I don’t know Sweden Rock really because I’ve never been there. I (Patrik) have been there ten times and it’s going to be huge, it’s massive and one of the biggest things for a band from Sweden to get this opportunity after the first album.

Are there any bands you are looking forward to see at Sweden Rock?
– Unfortunately I’m (Tom) playing that day (Wednesday) and then I have to go and play with another band the day after. We would have liked to see Hell, but they play almost the same time as us. Then we have Judas Priest of course and Lucifer’s Friend. But there’s a lot of good bands like Blackberry Smoke and Airbourne. (Patrik and Hans are going to be there all the festival.)

What can the audience expect of your show at Sweden Rock?
– I (Tom) would say very classic songs in a way, even though there’re not like “classic”, just classic style. Hard rock basically but slow. A lot of energy on stage mixed with some tasteful guitar playing, it’s very melodic what we do.

Do you have any new songs in progress?
– Sure, we have. Right now we can play four or five new songs, like not perfectly but we can get from the start to the end of them.

Your debut album received very good critics, how are you going to top that?
– I (Tom) actually saw a review that said like: “Their biggest problem is how they’re gonna make an album after this one”, which was very nice to hear. We’re not scared because we know the songs, Tom’s running new materials has a lot of songs and it’s brilliant, I (Patrik) must say. Very different, but still us.

Before your show at Sweden Rock you are going on tour with Pentagram in May, what is your thoughts and feelings about that?
– It’s like two reactions for me (Tom): first, I have been on tour with Pentagram before as a guitar tech so I know them already. Also when I was in Church of Misery we supported a band called Death Row, which was Pentagram without Bobby Liebling. So at least Victor Griffin, the guitar player from Pentagram, I’ve been on tour with twice now already. In a way I feel like: “yeah, of course we’re going on tour with Pentagram”, but then on the other hand I have to think to myself and remembering back when I first heard Pentagram and I was like: “wow, this is amazing!”. At that point you had gone like: “you are gonna have a band and then you are gonna go on tour with Pentagram”, then I would have been like: “whoa, that’s quite cool!” So in some ways it feels perfectly normal like: “yeah, when is it?” and on the other hand I have to remind myself like: “that’s crazy!”

How are you going to reset from small and intimate stages and load for a big outside stage at Sweden Rock?
– That’s a big challenge for any band who’s coming from mostly playing small shows. Patrik is very active on stage anyway so if his space goes from small to big he’s just gonna move a bit more and he has got a big personality so I’m not concerned about that side of the stage at all, haha! I (Tom) have done some big shows before in other bands. But we did one with this band (Patrik) this January, Gothenburg Sound Festival, at Trädgårn and it was a quite big stage. So we tried it and it was very fun but different. I (Tom) just trust in the songs to be good and the sound to be awesome and just do what comes naturally when the time comes.

Do you have any more shows or festivals coming up this summer for those who may miss your show at Sweden Rock?
– We have Copenhagen in August the 5th. Heavy Days In Doomtown, but that’s before Sweden Rock (May 3rd in Copenhagen). We’re planning a tour in November when we’re going to play Hammer Of Doom Festival in Germany.

A couple of days ago you released a new video, “On Black Wings, A Demon”, what are your thoughts about it? Are you satisfied with the result?
– Really satisfied! I’m (Tom) actually a huge fan of music videos, I love them. When I was a teenager I used to sit there with the VCR (Video Cassette Recorder) and record every metal video I could find and stuff like that, so I really love music videos. But I’m also really aware that they can go wrong because it’s hard to make a good one, that’s very tricky and I think it often takes a lot of money to make something good. We have somehow hit the jackpot twice now, where we had a budget and we worked within that budget and got exactly what we wanted, it turned out great.

How does the future look like for the band since you are working on new material?
– We’re actually talking about recording before the end of the year. I (Tom) moved to Sweden officially about two years ago and when I came to Sweden I already had almost two albums worth of songs done, finished, and that’s why I came here to start this exact band. In that way the songs are just like sitting and waiting really, because of course it takes time for the band to learn them and we’re working on them a bit to make them as good as possible. And then everybody has to practice them a lot so we can play them right and that takes a lot of time so I’ve still have songs in my head that they haven’t heard yet really, so there’s a lot coming. When I wrote all this music I was not sure if there would actually be a band, I just wanted to make those songs and then maybe record them myself. So to have something that you did completely privately, not knowing if you would ever do it in public, and suddenly you’re doing it now in front of potentially thousands of people (at Sweden Rock) is really weird but good!

Thank you very much for this interview, is it something that you want to say to the readers of Rocknytt?
– Thank you for checking us out and see you all at Sweden Rock! 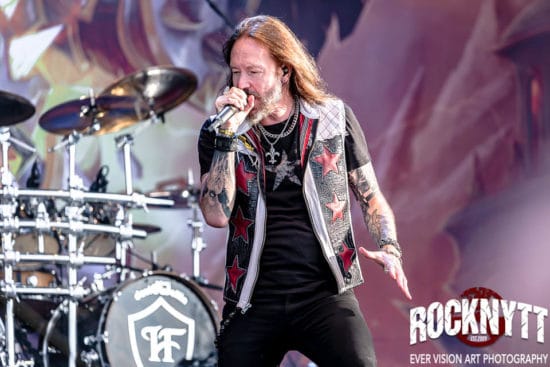 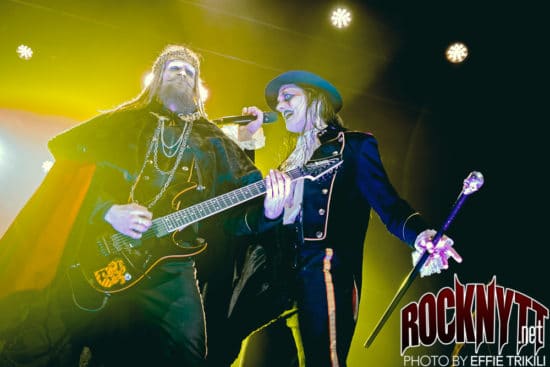